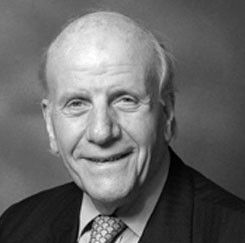 An international businessman, Lord Rowe-Beddoe was knighted in 2000 for his services to industry, and to economic development in Wales, and in 2006 was elevated to the peerage. He has spent much of his recent career working in public service, and for the Performing Arts. His commitment to Wales is fundamental to his life: Life President (formerly Chairman) of the Wales Millennium Centre; President (formerly Chairman) of the Royal Welsh College of Music and Drama, and was himself a music scholar at Llandaff Cathedral School; Chairman of the Representative Body of the Church in Wales; Pro Chancellor of the University of Glamorgan; and Deputy Chairman of the newly created UK Statistics Authority. He is a former Chairman of the Welsh Development Agency (1993-2001) and of the Development Board for Rural Wales (1994-1998), during which time he helped to bring considerable inward investment to the country.