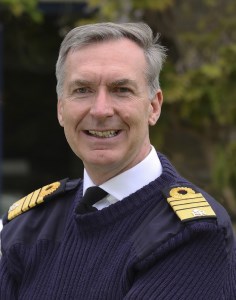 Admiral Tony Radakin, First Sea Lord and Chief of the Naval Staff has spoken to members of the Cardiff Business Club as part of a whistle-stop virtual tour of Wales.

Head of the Royal Navy, Admiral Radakin spoke of his impressive naval career, which began in 1990 and has included security duties in the Falklands, NATO embargo operations in the Adriatic and three command tours in Iraq. He also highlighted the Royal Navy’s goals going forward and addressed attendee questions about Brexit and COVID implications.

Admiral Radakin, who noted that the percentage of Navy recruits from Wales was higher than elsewhere in the UK, said: “The Royal Navy today feels very different to the Royal Navy I joined. It is imperative going forward that the Navy, Army and Air Force work together with space and cyber to contend with the constant competition from the likes of Russia, Iran and North Korea. The Armed Forces need to be more active and visibly be demonstrating UK interest and quell instability before it gets to the point of conflict.”

Speaking of the Royal Navy’s future following a multi-year funding settlement for defence, Admiral Radakin said: “Previously we have managed defence on a year-by-year budget, but now we have been given a four-year plan. Our key goals during this time are to strengthen our position in the Northern Atlantic, make our aircraft carriers and jets and incredible Royal Marines more deployable, increase our frigate and destroyer fleet so that they have more presence in the world, embrace technology and innovation in a much stronger way than we have previously and become a global Navy for global competition as is the Prime Minister’s vision.”

Responding to questions surrounding Brexit and COVID, Admiral Radakin said that leaving the EU has been less disruptive for the Navy than businesses, including Cardiff Business Club members, and those in the education and other sectors, and he was very proud of the part the Navy had played in the pandemic response. He also mentioned the Navy’s intention to double its female and BAME representation by 2030.