News > “We should welcome the government’s aim to turn the UK into a scientific superpower once again” Neil Johnson OBE, Chairman of QinetiQ

“We should welcome the government’s aim to turn the UK into a scientific superpower once again” Neil Johnson OBE, Chairman of QinetiQ 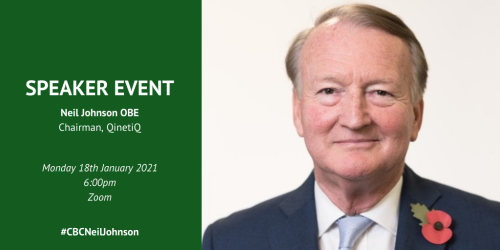 Chairman of security and defence contractors QinetiQ and former Army Colonel, Mr Johnson, used military analogies to declare that the UK must adapt in order to succeed and thrive in a post-Brexit and post-COVID world.

Mr Johnson said: “Following the global transformation that has occurred in the past five years, we must be willing to recalibrate our thinking and change established mindsets when it comes to policies, in particular defence, security and trade.

“Brexit and COVID-19, two unprecedented issues, have required a significant level of recalibration; dominating politics, economy, public services and the private lives of our nation. They have had a huge knock-on effect with our relationship with the global community to an extent that no-one could have predicted. They are very different challenges, but they do have two things in common. Firstly, they will both have a significant long-term impact on British foreign policy and the way in which we use defence and security, and, more importantly, they will show how valuable science and technology will be for Britain’s place in the world going forward.

“In a post-Brexit world, science and technology can be the backbone in which we build our foreign policy success. We should welcome the government’s aim to turn the UK into a scientific superpower once again in response to the so-called fourth industrial revolution.”

More than 100 people attended the webinar, which was sponsored by Cardiff Metropolitan University and Odgers Berndtson, and the full address can be viewed here .