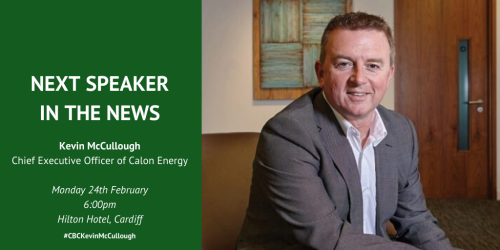 Before becoming CEO of Calon Energy, Kevin managed various power plants and energy companies within the US like Texas based Midlothian Power Plant south of Dallas and another in Chicago before returning to the UK.

After leaving the RWE Innogy board as COO based in Essen Germany to return to npower as Chief Operating Officer on the main UK board, he also took on the position of Chairman of Horizon Nuclear Power, the nuclear new build JV company formed between EON and RWE.

Since then, Kevin was CEO of UK Coal and also worked closely with the Welsh Government and chaired its Energy & Environment Sector panel. All of this led to his appointment of CEO at the Macquarie backed Calon Energy back in 2014, where he looks to further expand the Calon empire.

What to know more about Kevin McCullough. Take a look at his recent news appearances;